65 Second Divorce – Is This the Quickest Ever? 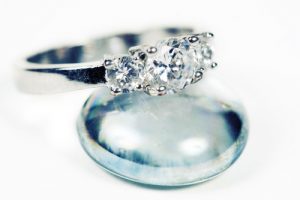 After nine years of marriage, it took just 65 seconds for multi-millionaires Ben and Kate Goldsmith to divorce at London’s High Court.

It took just over a minute for a Deputy District Judge to grant a divorce on the grounds that Mrs Goldsmith (nee Rothschild) had committed adultery. Although the co-respondent was not named, it is widely thought she cheated on her husband (the son of the late billionaire James Goldsmith).

As so often is the case, the separation was followed by some feelings of animosity between the couple. And yet the 65 second scene in the courtroom took place just one year after their marriage broke down, demonstrating that divorces do not need to be long and drawn out.

This story goes against the widespread assumption that divorce proceedings are bitter, protracted and very expensive. It is a plot often focused upon in TV dramas, whereby a couple cannot work together to reach an agreement and subsequently go to war, with the court room acting as the primary battle ground.

But it does not have to be this way. Divorce can be amicable, and it can be quick. Just as the Goldsmiths’ experience shows, you only need a court to grant a petition, something which takes a matter of seconds (65 seconds, to be precise). This will undoubtedly have made it much less stressful for those concerned, particularly the pair’s three young children, all of whom stand a better chance of adjusting to the split now their parents are on good terms.

Even if a ‘kitchen agreement’ cannot be reached between divorcing spouses, legal action through the courts should be a long way down the to-do list. Instead, alternative methods of dispute resolution such as mediation should be attempted, as this is extremely effective in helping divorcees settle financial and childcare issues – without the intervention of a judge.

For more information about this article or any aspect of our family law services, please call us on 01772 424999 or use the free enquiry form below:

Have a Questions? Call Us

Visit Our Office in

We are an established firm of Solicitors, Estate Agents and Lettings Agents offering a full range of legal services and full range of estate agent sales and lettings services across Lancashire.

Regulation: Solicitor Direct is authorised and regulated by the Solicitors Regulation Authority.